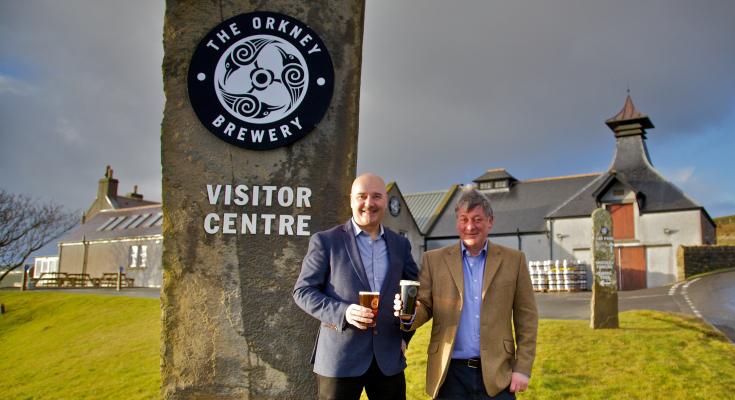 The move comes as Sinclair Breweries – operator of the Orkney Brewery and custodian of the Atlas beers range - looks to grow its share of the national and international craft beer market.

Craig, who has an extensive track record in the brewing industry, also oversaw innovation, operations, customer service and internal sales for the Heineken owned Caledonian. As Scotland’s first certified beer sommelier – and the sixth to qualify from London’s Beer Academy in 2011 - he has presented tastings around the world.

“I’ve enjoyed a wide variety of roles, starting in an independent brewery, then as part of Scottish and Newcastle and, more recently, Heineken,” said Craig. “However, I like to be in the thick of it and enjoy seeing things from start to finish. In a bigger organisation, where a lot of activities are naturally internally focused, this was becoming less possible. Smaller just makes it more real to me.

“With Sinclair Breweries, I have an opportunity to help a respected brewer with growing sales, while assisting in beer and brand development across the Orkney and Atlas ranges.”

Craig, who will continue to be based in Edinburgh, said the company’s reputation and success - earlier this year the Orkney Brewery picked up 10 accolades at the SIBA Scotland Independent Beer Awards – was just part of the attraction.

“Of the 1,800 or so breweries in the UK, only a fraction will be managed by a true entrepreneur like Norman Sinclair,” he said. "When I met Norman he told me some of his plans and asked me for my input. It brought me right back to the start of the amazing journey I have had over my career in the brewing industry. How lucky am I that I get the opportunity to do it all again. The pull of the north was irresistible!”

Norman Sinclair, managing director of Sinclair Breweries, added: “Craig’s appointment as commercial manager represents a major step in the development of our company and comes at a time when we are looking to greatly increase our share of the market.

“Craig is very well known and respected within the brewing industry and brings a wealth of experience to the table. His commercial knowledge is second to none but, fundamentally, he’s also incredibly passionate about beer – something reflected in his status as an expert sommelier. With his input, we’re confident we can take Sinclair Breweries to new heights, while maintaining all the unique qualities that have brought us so much success to date.”